Annexin A1 is a member of calcium dependent phospholipid binding protein superfamily, which is widely expresseded in human tissues. It is an endogenous anti-inflammatory medium, which plays a role in innate and adaptive immunity by controlling the biosynthesis of inflammation, prostaglandin and leukotriene mediators. Annexin A1 can be used to distinguish leukemia from other B-cell lymphoma. The overexpression of Annexin A1 is also frequently found in adenocarcinoma of the esophageal and gastroesophageal junction, which is related to pathological T stage and distal metastasis, and is an independent prognostic indicator. 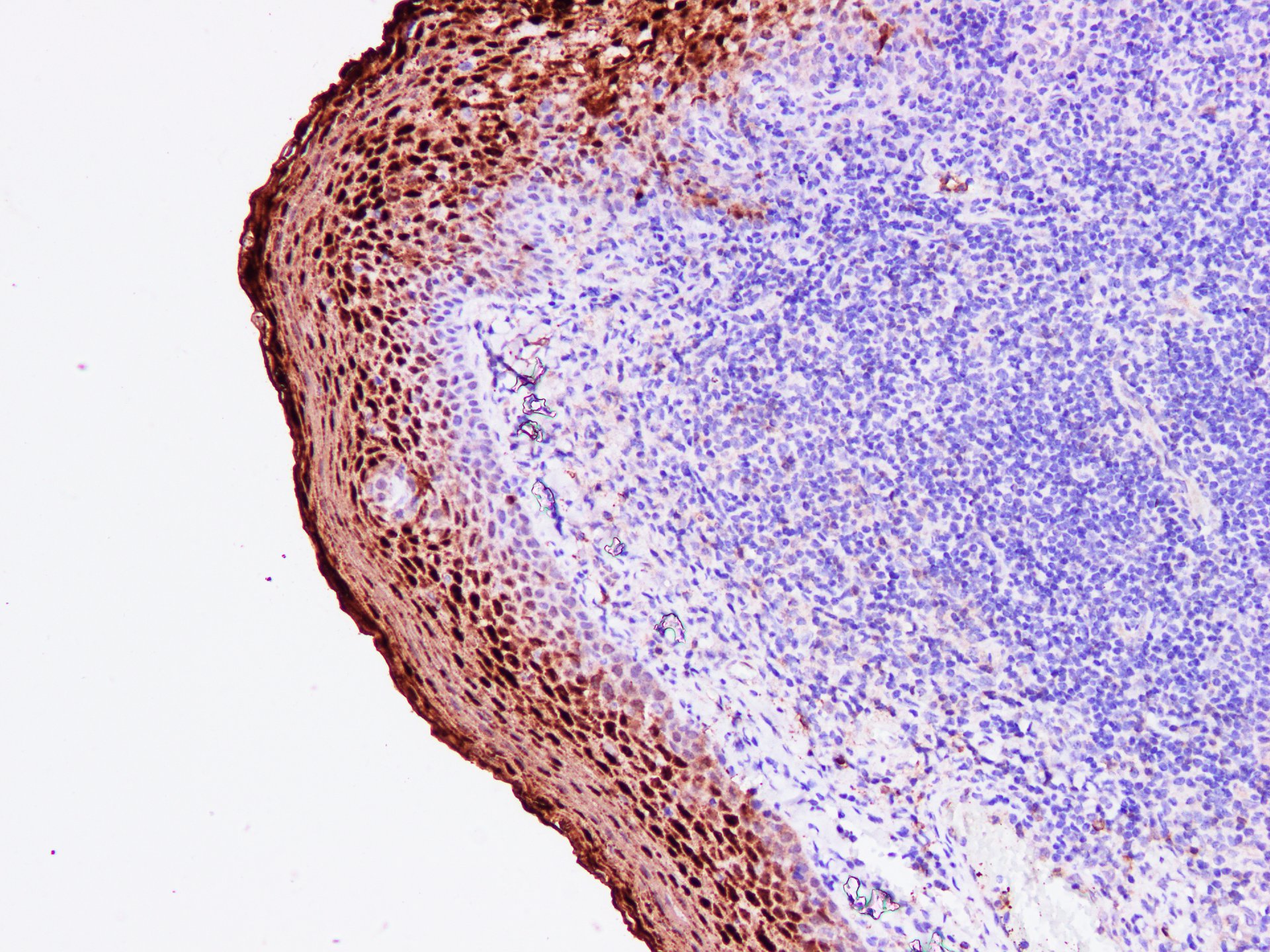